On 6 and 9 August, it will be exactly 76 years since the Japanese cities of Hiroshima and Nagasaki fell victim to two atomic attacks. On Friday morning, the atomic attack on Hiroshima was commemorated during a ceremony in Ypres. At the same time, the new peace pole was unveiled. 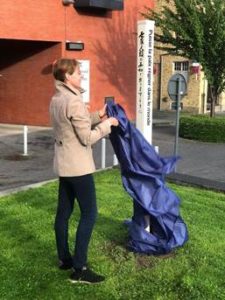 On 6 August it was exactly 76 years ago that nuclear weapons were deployed for the first time near the Japanese city of Hiroshima. Three days later a second nuclear weapon was dropped over the city of Nagasaki. Actually, the American army wanted to bomb the city of Kokura, but clouds made that impossible. In the end, the second, and up to now last, atomic bomb destroyed the city of Nagasaki on 9 August. Yet the nuclear threat remains.

For over 15 years the city of Ypres has been involved in the Mayors for Peace network. As Lead City for Belgium Ypres called again this year on all Belgian members of Mayors for Peace to remember the horror of the past and to show solidarity with the victims of the bombing by raising the Mayors for Peace flag at a visible location in the city/municipality. Over 100 Belgian towns and municipalities have already responded by raising the flag at 8.15 a.m. on 6 August and lowering it at 11.02 a.m. on 9 August. These are the two exact times when two bombs destroyed two cities and almost immediately caused more than 200,000 casualties.

In Ypres the ceremony took place near the library, due to roadworks being carried out in the city centre. During the ceremony, a new peace pole was also unveiled. The original pole, which had been removed due to the works in the city centre and was in need of replacement. Some 30 years ago, the pole was donated to the city by the Japanese artist Mié Thabé in her quest for universal peace. The new peace pole will be erected in that spot until the end of the work in the town centre and will thus give visibility to the City of Ypres’ pursuit of peace. 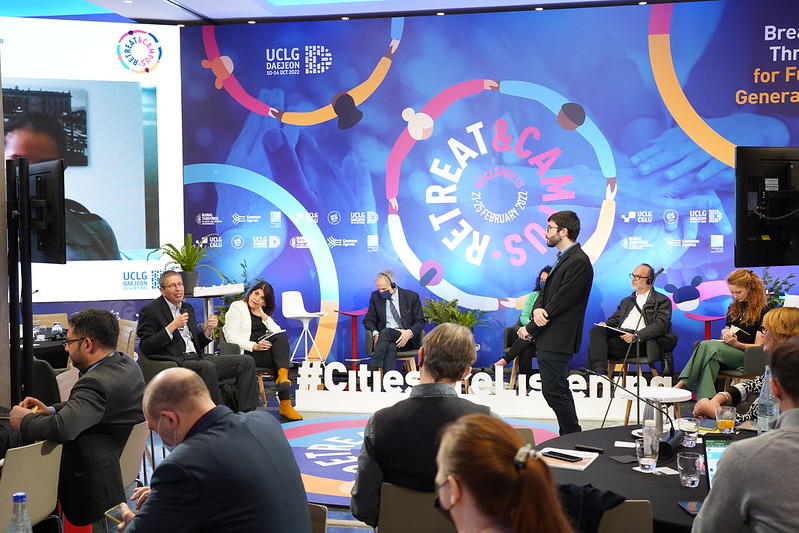